'Love Is Blind,' But We Can't Unsee This Dog Drinking Wine On The Show 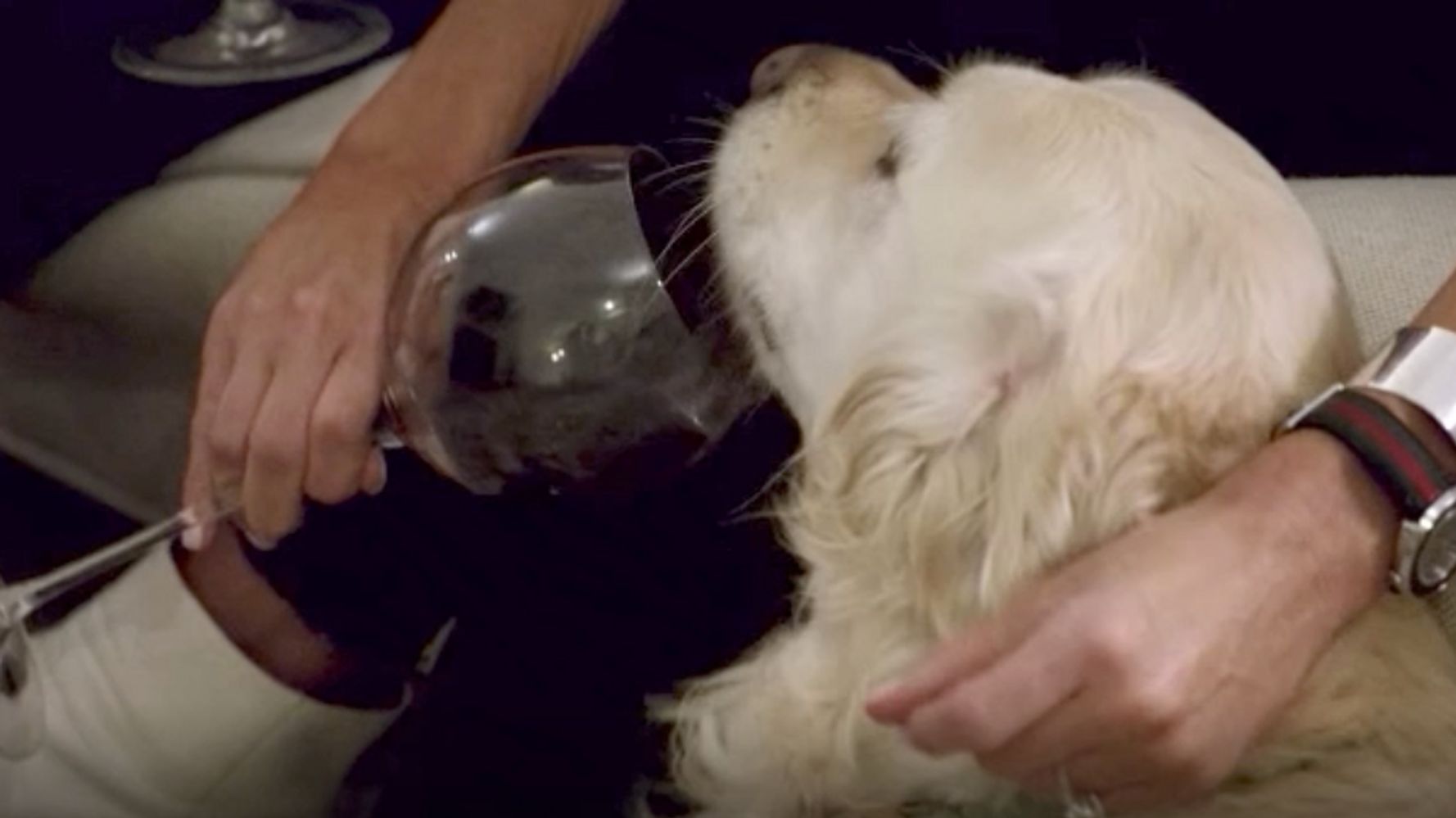 Netflix has gone to great lengths to distance us from reality with its latest reality TV hit “Love Is Blind.” To recap, a group of conventionally hot singles get to know one another without ever seeing each other ― unless they agree to get engaged, of course. Then they’re forced to decide if they still think their new fiancé, whom they have never seen, is hot once the curtain is drawn and they try to make their relationship work in the real world.

It’s absurd, it’s pulpy, it’s sad, it’s funny but not really in a “ha ha” kind of way. It’s everything you could ever ask for from reality television.

The chaotic energy of the show can also be summed up by one of the most bizarre moments of the series. Jessica ― who may or may not ruin the “experiment” by being more attracted to another attractive man than the attractive man she chose ― gives her dog a healthy sip of the wine she’s drinking. It’s a practice she appears to engage in with some regularity.

The incident occurs during the sixth episode. Jessica is speaking to her fiancé, Mark, for perhaps the 10th time about their 10-year age difference, despite the fact that no one seems to care about it except her. She casually bends down and offers her golden retriever a helping of her glass.

“She loves wine,” she says to the man who, on top of everything else, is learning that his new fiancée gives her dog alcohol.

This dog is clearly not very picky. She doesn’t even smell for flavor notes before lapping it up!

Wine wisecracks aside, is this … OK? In short:

A 1998 Chicago Tribune advice column called on veterinary nutritionist Dr. Jim Sokolowski, professional services manager at Pedigree, to soothe a pet owner who had taken to giving their “crazy” pup a bit of wine to calm him down. According to Sokolowski, a little bit is not dangerous. However, it can cause stomachaches and weight gain. Sokolowski also revealed that there wasn’t enough research at the time to come to a long-term conclusion about its effects.

“What’s more, while no long-term study has been done on the subject, it seems likely that hard alcohol can cause serious liver damage more quickly in dogs than in people, which can be fatal,” he said.

Refinery29 dug its paws into this dilemma recently, finding further proof from dog-sitting site Rover that we shouldn’t be allowing our pups to share our fondness for fermented grapes.

“Dog livers aren’t built to process alcohol, and while some dogs may not show any overt signs of distress when imbibing the fruit of the vine, if too much is ingested, serious health problems could arise,” its staff wrote on the Rover blog. Furthermore, grapes themselves are “extremely toxic” to some dogs.

For what it’s worth, Batten responded to some of the criticism and head-scratching that came as a result of the now viral moment in an interview with Entertainment Weekly, vowing to never do that again.

“I definitely have never done that before; I won’t do that again,” she said. “I love my dog more than anything and that was not something I would ever recommend anyone to do. I think I was just really uncomfortable. I don’t even remember doing it. I don’t know why I did that but it was definitely unnecessary for sure.”

There you have it. If you’re going to make one rash decision, make it deciding to marry someone without ever seeing them first ― not giving your dog wine.

How We’re Staying Fit Through A Quarantine

What Therapists Tell Patients Who Are Anxious About Coronavirus

If You’re Sick But Can’t Get Tested For COVID-19, Here’s What You Can Do