This review includes spoilers for The Ghost Bride.

The Ghost Bride is a Netflix original show set in 1890s Colonial Malacca. Based on the novel of the same title, the Malaysian/Taiwanese production follows a Malaysian Chinese woman, Li Lan (Huang Peijia), as she navigates love and a coerced trip to the underworld. With that little primer out of the way, let me just say this point blank: I have not read the novel, so I don’t know if they’re already doing the best they can with the source material, but the Netflix adaptation reads like a mind-numbing rom-com with a Mary Sue lead entangled in a love square. (Yeah, not a triangle). Think of any typical C-drama or K-drama, insert some historical stuff, add a little bit of the supernatural, and you get a watchable, but just barely so, cliche romantic comedy.

The central conflict of the story is that the dead son of the rich and powerful Lim family, Tian Qing (Kuang Tian), wants to marry Li Lan and essentially make her a “ghost bride.” Li Lan’s very opposed to that idea, for reasons other than but also including the following: she has feelings for his cousin and her childhood friend, Tian Bai (Ludi Lin). Also, Tian Bai is, you know, actually alive. Tian Qing is pretty hot, but not hot enough to excuse his shitty personality and spoiled brat tendencies.

During the entire first half of the series, all we know is that Tian Qing really, really wants to marry Li Lan and torments her family to force the marriage. But we just don’t know why. The entire time, I was scratching my head, just wondering, “Why her? If he’s so rich and can have whoever he wants, why force this girl who vehemently doesn’t want to marry him?” The creators at some point realized this was a good question that needed to be answered, but proceeded to wait until Li Lan is trapped in the underworld with him to give a 5-minute max throwaway exchange addressing the topic. Forgive my eyeballs for rolling back to my head when Tian Qing says something along the lines of, “You were the only one who ever said no to me,” to Li Lan.

Could the writers not come up with a specific example, not a single memory, flashback about the two of them interacting in the past, than a vague statement, a handwave? It would not be a stretch to say Tian Qing’s entire character is just one big handwave, one big trope. Tian Qing doesn’t ever move beyond entitled, spoiled rich brat. Briefly, a hint of character depth is shown when he talks about what he thinks of the concept of mercy and recalls a childhood memory. But no matter how I squinted for any other hints of personality depth, motivation, character anecdotes, I could not ascribe any to Tian Qing. 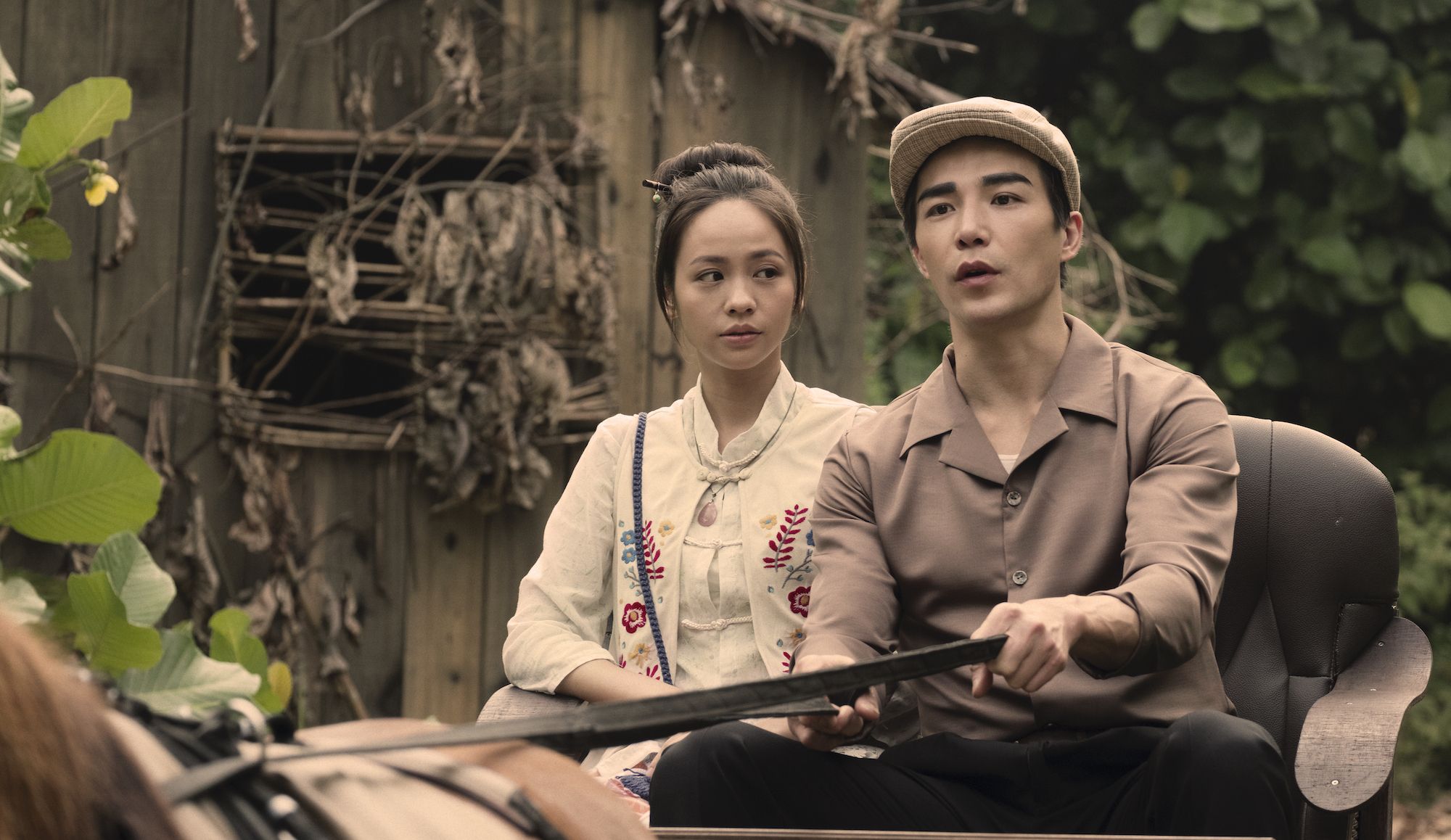 
Huang Peijia and Ludi Lin in Netflix’s ‘The Ghost Bride’.

Tian Qing is not alone in being trapped in a trope. The other male leads are also archetypes: Tian Bai plays the role of a childhood friend who is an all-around good guy. Er Lang (Wu Kang-jen), a heavenly official who is investigating Tian Qing’s crimes and trying to help out Li Lan, has the best characterization out of the love interests, but he still falls into the “rogue with a heart of gold” category most of the time.

The one thing The Ghost Bride refreshingly side steps is the rich-girl-love-rival sabotaging the protagonist. The rich love rival in the show, Isabel, doesn’t try to kill Li Lan because she’s jealous of her. Isabel (Teresa Daley) actually tries to get rid of Li Lan for reasons unrelated to their shared love interest, Tian Bai.

Li Lan herself is one of the more tolerable Mary Sues. She gets stuff done at least and keeps the plot moving forward. (The worst Mary Sues are the ones who believe in the art of miscommunication.) Peijia’s initial portrayal of Li Lan doesn’t do the character any favors, though. In the beginning episodes, Peijia overacts Li Lan’s energy and general spunkiness, pushing Li Lan into annoying territory. The initial impression, unfortunately, lingers well into the series, even though Peijia learns to add nuance to her character’s expression. 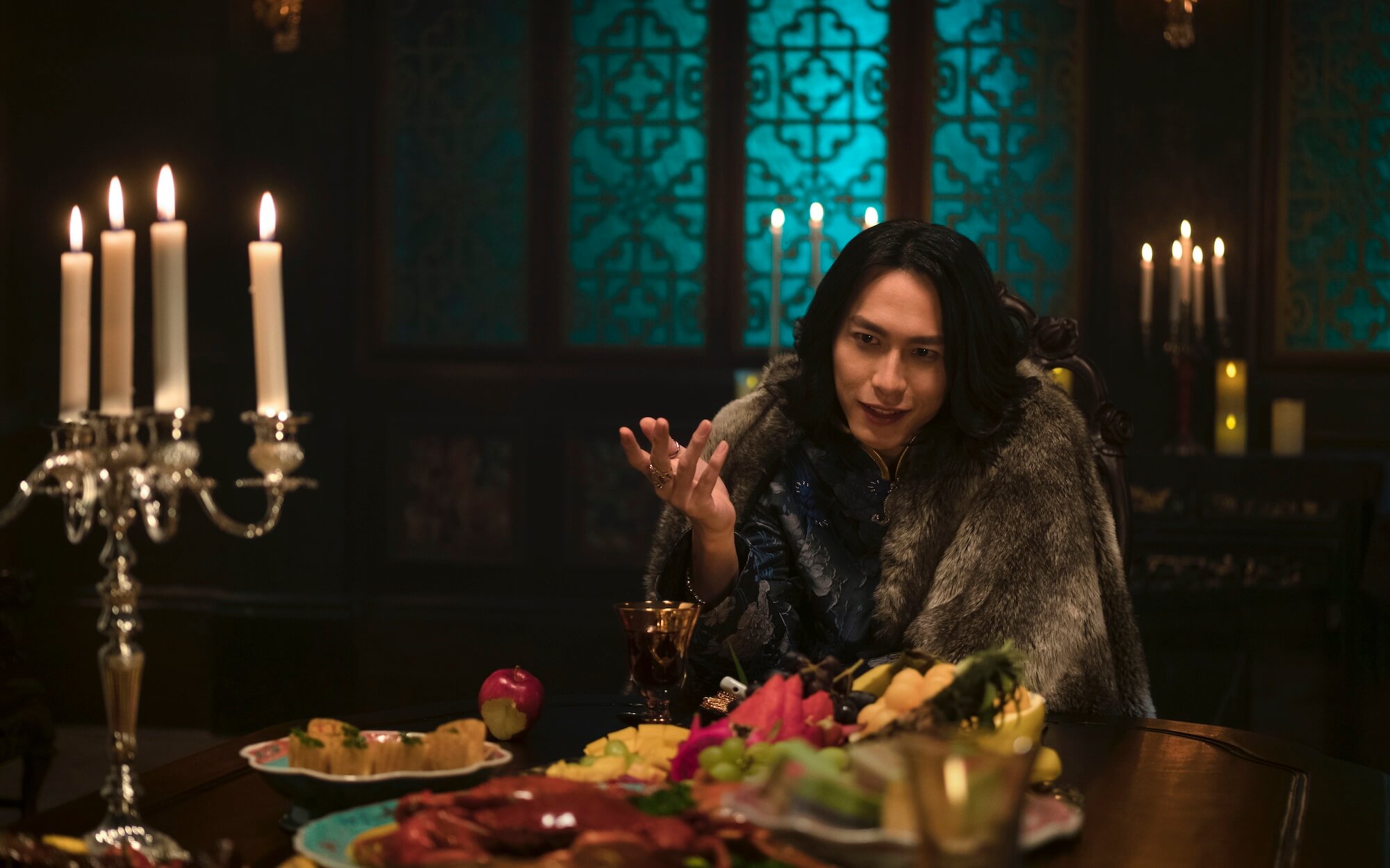 And disappointingly, in addition to the yawningly boring romantic narratives and trope-y characterization, the worldbuilding fails to deliver as well. A large compelling part of the series to me was the promise of an underworld exploration. The Ghost Bride’s underworld apparently has club lighting everywhere. (Trust me, go to a rave in Bushwick and you’ll see the same exact lighting.) Most of the time the series spends in the underworld is in Tian Qing’s place, which is a large residence but still feels stifling for like, a whole geographical location known as the underworld.

Even though The Ghost Bride had great potential with its unique setting and supernatural aspects, it just doesn’t give us anything beyond a lackluster cliche romantic comedy and questionable set design decisions.

The post Review: Netflix’s ‘The Ghost Bride’ fails to break free of rom-com tropes appeared first on The Daily Dot.

How to watch ‘The Masked Singer’