As fantasy and sci-fi fans across the globe try to fill the Game of Thrones-sized hole in their hearts, more and more streaming services are stepping up to the plate. HBO just took the world by storm with The Mandalorian. Amazon Prime’s coming in hot with its upcoming Lord of the Rings show. Netflix’s The Chilling Adventures of Sabrina and The Witcher have been smashing successes. Now, Netflix is striking the iron while it’s hot with new series Luna Nera. Based off a book of the same name, this Italian show tells the tale of witches, womanhood, and the woes of forbidden love.

RELEASE DATE: 1/31/2020
CREATORS: Francesca Comencini, Susanna Nicchiarelli, Paola Randi
STREAMING: Netflix
Luna Nera is a valiant attempt at a high fantasy epic, but it fails to deliver on some of its loftier promises.

Luna Nera follows Ade (Nina Fotaras)—a teenager just beginning to recognize and understand the magic in her family—and her brother as they seek refuge in a community of witches. Caught in the anti-sorcery hysteria of the 17th-century, Ade finds herself fighting to learn the truth about her nature and past. All the while, she’s forced to protect herself and the power in her blood from the Benandanti, or witch hunters, even as she falls desperately in love with their leader’s son, Pietro (Giorgio Belli).

The series shows promise from the start as it thrusts viewers into a classically medieval fantasy world. Several key characters and ideas—seriously, there are several—are rapidly introduced in the span of a few minutes. It’s soon clear that first and foremost, this show was created to be a defiant middle finger to misogyny in all of its historicity, timeliness, deadliness, and grim inevitability. Unfortunately, the show doesn’t exactly delve into this central theme with any sort of meaningful nuance.

Make no mistake—having been written and directed by and for women, Luna Nera is refreshing in its commitment to being unapologetically female-led. Unfortunately, that’s about as deep as its feminism goes. This show is so two-dimensionally binary in its “man bad, women good” presentation that the lack of subtlety is…well, kind of boring.

Moreover, while the show is visually lovely (costumes, sets, and special effects are all immersive and well-crafted), Luna Nera‘s dark palette, though aesthetically functional, sets a tonal expectation of sinisterness without ever really meeting it. Caught between the energies of supernatural romps like Sabrina and more serious, Thrones-esque historical fantasies, this fledgling series appears to struggle with its identity. 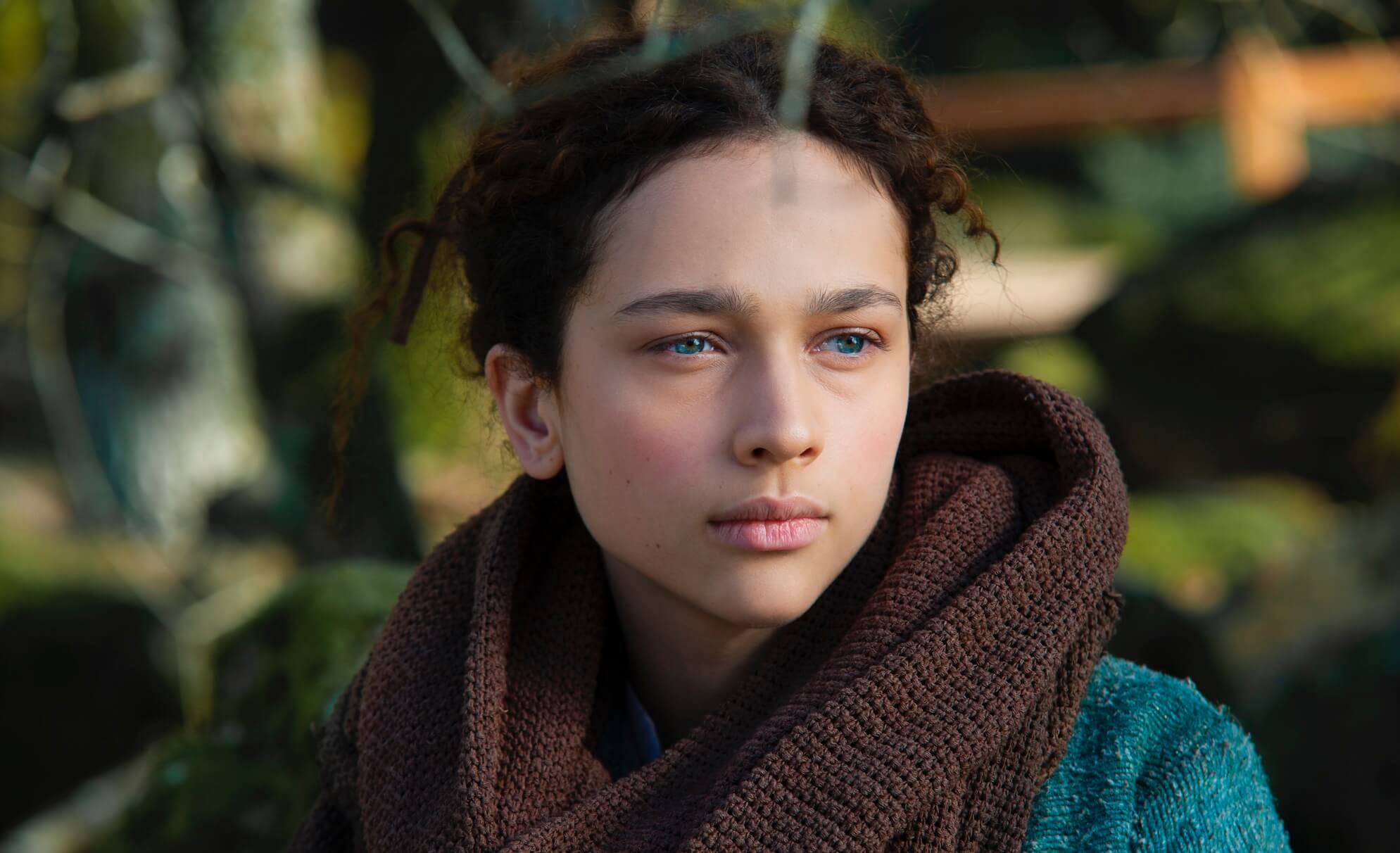 
This uncertainty is mirrored most notably in Luna Nera‘s inability to deliver on its hasty promises of depth, grit, and fantastical spectacle. Oddly slow-paced for such a short first season, the series’ six debut episodes center heavily on the rather clumsy romance between Ade and Pietro. This decision to spotlight a less-effective Romeo and Juliet leaves more intriguing plot threads—and potential moments for literal magic—to fall by the wayside. Truly, trying to sell a realistic “love at first sight” scenario in 2020 is a bold move, and it had better be justified by veritable sparks flying off the screen. Regrettably, while they’re both talented actors, Fotaras and Belli possess a thorough lack of chemistry that is as painful as it is distracting.

It would have been amazing to see more of Luna Nera‘s philosophical facets explored instead. 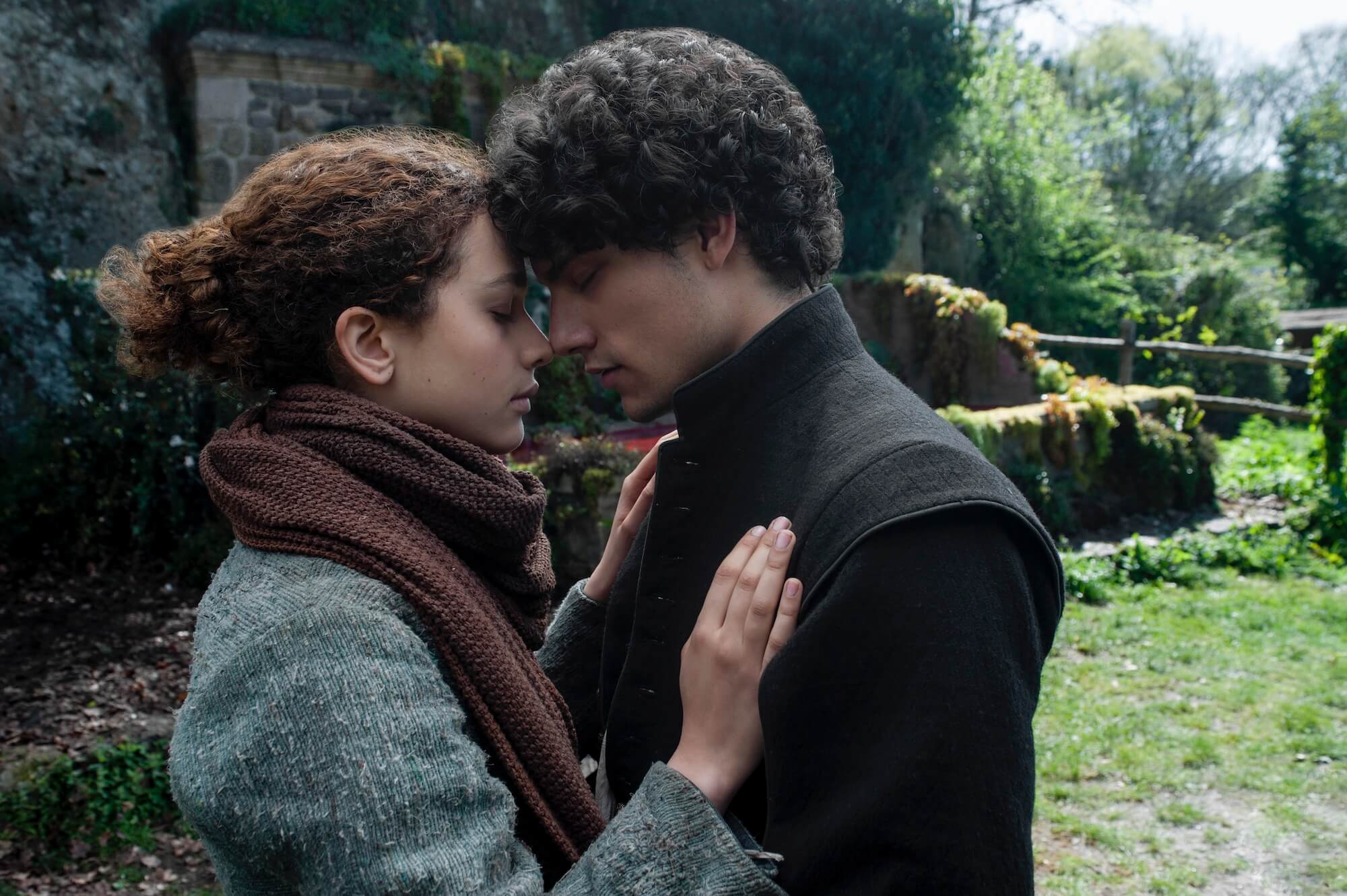 
Luna Nera touches briefly upon several weighty concepts—the blind nature of faith, the structural persecution of women, and the way religion operates as a tool of institutional oppression, to name a few. However, the most egregiously underserved theme the show introduced (and then promptly shelved) is the complex tension between religion, magic, and science—an ideological battle unique to this fantasy world but profoundly resonant with our own histories and present reality. The showrunners even had the perfect opportunity to begin fleshing out this theme through their chosen focus of Ade and Pietro. The idealogical divide between science and mysticism is reflected directly in the lovers’ relationship; Ade is a powerful witch, while Pietro is the epitome of the logic-driven skeptic. Alas, perhaps season 2 will properly do justice to this fascinating dynamic.

At the end of the day, Luna Nera is a staunchly average bit of storytelling, but still an easy and reasonably fun binge. Most importantly, the creators’ ambitions have established more than enough room and possibilities for genuinely exciting growth. Once the showrunners have more episodes to deal with all the characters and ideas that overwhelm season 1, this charming Italian project might just rise up to become one of the greats.

#DontLookAway cages remind voters about detained children at the border